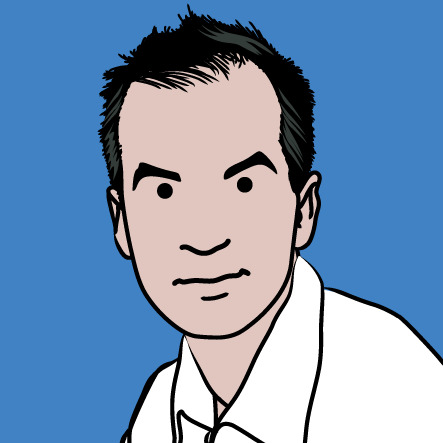 This is guest post by Pascal Finette from Mozilla. Pascal is a long time friend of Pollenizer and the Director of the Open Innovation Group at Mozilla. We are proud to be associated with Mozilla’s incubator (WebFWD) and to have Pascal’s learnings on innovation practice.

Mozilla, the organization probably best known for producing the Firefox web browser, is a weird fish: A non-profit, public benefit organization which competes with some of the largest and most powerful technology powerhouses in the world. An organization which produces one of the most successful pieces of consumer software as open source. And an organization which does all this by bringing volunteers from all around the world together to build, market and support a product we are all deeply passionate about.

Mozilla has a colorful history – the short version reads something like this: In 1994 Netscape brought the world the web browser (and kicked off the first dot-com boom). Microsoft was late to the party – but by leveraging the Windows OS managed to essentially own the market after a few short years. Netscape decided to release the source code to the Netscape Communicator Internet Suite under an open source license in 1998. The Firefox project began as an experimental branch of the Mozilla project to overcome “Mozilla Suite’s software bloat”. Firefox 1.0 was released in 2004 and quickly became the browser of choice for a large audience. Today the Firefox web browser is used by roughly 25% of all Internet users and Mozilla continues to innovate in many new areas such as identity, web apps and mobile phones.

Mozilla’s story is a story of David versus Goliath. A story of an underdog operating in a fiercely competitive space with significantly less resources than the competitors. And this is what makes Mozilla’s lessons learned so valuable for entrepreneurs – in many ways Mozilla faced the same challenges which almost every startup faces day in and day out.

Here are some of the essential lessons we learned over the years (and which are particularly applicable for entrepreneurs):

If your aim is not to create something which is vastly superior, nobody will care. This is true enough for your employees, but it certainly is true for a community and your potential customers. Nobody wants to spend time and energy on something which is incrementally better at best. When Mozilla created Firefox it revolutionized the way we browse the Web – many of these inventions are now common and standard across all browsers (tabs, the search box, pop-up blockers and many more). People don’t care about me-too products. They deeply care about people and things which change the world.

Communities are not Markets. Members are Citizen.

Drag your Opponent onto Thin Ice

Understand that your established competitor is the 500 pound gorilla in the room – they are frightening, strong and… heavy. Find ways to compete with them on the proverbial thin ice. Areas where they are not as strong or have a blind spot. Is there business model selling licenses? Try software as a service. Are they strong on iOS but don’t have a presence on Android? Find the weakness in their armor and focus your attack on their achilles heal.

Be Fast
Have you heard about the mythical man month? The smaller you are, the faster you can be. Use this to your advantage and vigorously focus on speed. This is one of the key areas where you, as the incumbent, have a clear advantage over any established player.

Eat the Bug
Here’s another advantage you have over any established player: You can do things differently. You are not bound by legacy systems and processes. You don’t have a culture of “that’s the way we have always done this”. You can eat the bug and do what’s best for your customer. So do it!

Polarize on Purpose
There is nothing worse than not being known for anything. You have to polarize, you have to find your niche and you must be known for being the guys owning that niche. You can’t please everyone. Find your sweet spot and be controversial.

“The man who can drive himself further once the effort gets painful is the man who will win.”  Roger Bannister

With all that being said: Go, execute and be successful! And let us know how you’re doing.